What Can Laser Treatments Do to Improve Skin?

Lasers are widely used in aesthetic treatments and are often an excellent and safe option for improving issues such as large pore size, unwanted pigment, poor texture, sagging skin and unwanted tattoos.

The word “laser” stands for Light Amplification by Stimulated Emission of Radiation. This technology was pioneered in the early 20th century. In the early 1960’s, dermatologists began using lasers for medical purposes. Dr. Leon Goldman was one of the first physicians to utilize laser technology for treatments such as laser hair removal, tattoo removal and improvement of vascular lesions. His research was expanded upon in the 1980’s by Dr. Rox Anderson and Dr. John Parrish. They discovered that specific wavelengths in laser treatments could target specific molecules. This discovery resulted in the manufacturing of lasers that used a wavelength that was absorbed by only blood vessels. The light energy from the laser would be absorbed by the cells in the vessel, causing it to transform into heat energy, which “melts” the vessel, essentially destroying it and getting rid of unsightly spider veins. The same concept allows for treatment of pigmented cells, tattoos, and fat cells. This research refined laser treatment use by targeting certain cells and not impacting or damaging the tissue around the targeted cells.

The United States Food and Drug Administration (FDA) began issuing guidelines for laser use in treating skin conditions in 1984. These guidelines are updated annually. Continued research and improvements in laser technology has allowed treatments to constantly become more precise, less painful, and less risky. All these advances have made laser aesthetic treatments increasingly popular. According to the American Society of Plastic Surgeons’ 2020 Plastic Surgery Statistics Report, there were more than 997,000 laser skin resurfacing treatments, 827,000 IPL treatments and 757,000 laser hair removal treatments performed in the United States. These numbers, while still high, were approximately 15% lower than those of 2019, in large part due to the COVID pandemic.  Only neurotoxin (Botox), dermal filler treatments and chemical peels were more popular than laser treatments.

A significant development within laser therapy has been the ability to treat all skin types safely. Older lasers presented risks when used on darker skin, such as dark Hispanics or African Americans. Since the lasers are attracted to color, heat was often absorbed by the baseline darker skin cells, which resulted in a high incidence of increased or decreased pigment in those normal cells.  With continued research and improvements within the laser field, most devices can now safely and effectively be used on any skin tone.

Laser hair removal (LHR) consistently ranks as the most popular laser procedure. More accurately, the procedure should be called “laser hair reduction” because, while it is possible to reduce hair volume, thickness, and growth by about 85 – 90%, it is not possible to rid someone of 100% of their hair growth. Laser hair reduction yields best results when a series of 6 – 12 treatments are performed. Treatments are spaced 4 – 10 weeks apart, depending upon the area of the body. Because facial hair grows more quickly than body hair does, treatments are often done every 4 weeks. Body sessions are normally spaced 8 – 10 weeks apart. Two of the most popular areas for lasher hair removal are the bikini and underarm areas.

Men typically need more hair removal or reduction treatments than woman because they have more testosterone, leading to thicker and more dense hair growth. For the same reason, women who suffer from Polycystic Ovarian Disease can be difficult to treat. In general, the darker the hair, the easier it is for the laser to target it. Light blonde or grey hair is hard for the laser to “see” and, therefore, cannot always be eradicated. The treated area might be slightly red and irritated for a few hours afterwards, but this is generally a well-tolerated, no down-time procedure. 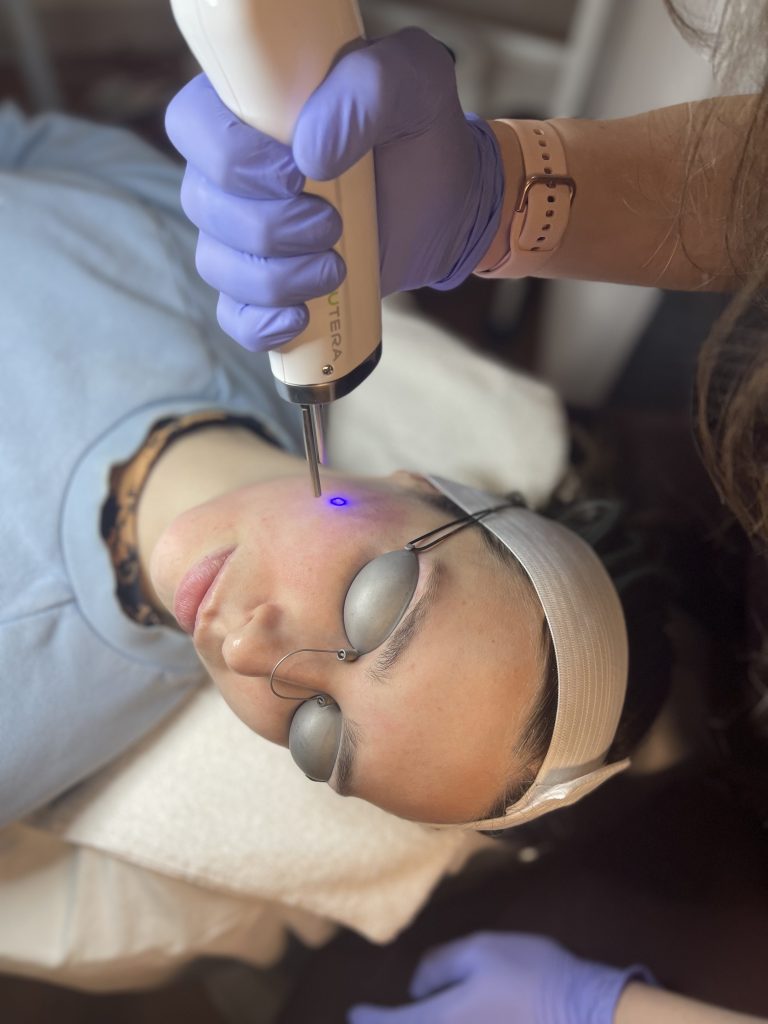 Spider veins on the face and body can be easily treated with lasers. Sometimes the vessels disappear immediately with treatment, although they can take up to 6 weeks to slowly fade away. Very small veins often only need one treatment, whereas deeper and thicker ones may take 2-3 treatments. Bruising is common, so the face might look “beat up” for a few days after this type of procedure.

Sunspots, or age spots, can be significantly reduced with laser treatments. Most devices use IPL (Intense Pulsed Light) instead of a true laser for pigment reduction. IPL uses a combination of wavelengths. By definition, a laser uses only one wavelength at a time, so IPL is technically not a laser, but is usually referred to as one. When sun is absorbed by our skin, melanin is formed and stored in cells, which appear as sunspots. IPL targets the melanin, effectively killing those cells. A series of 4 – 6 treatments about a month apart followed by a maintenance treatment every 6 – 24 months is often recommended for best results.

IPL treatments are considered no down-time, with the caveat that patients do not look their very best for a few days after each procedure. The dark spots tend to get darker and flake off as they come to the skin’s surface, creating a “coffee ground” appearance on the skin. Make-up and sunscreen can be worn immediately, so people don’t have to go into hiding, but should not schedule this right before an important event. Sunspots form on all parts of our body, so this treatment is excellent for hands, chest, neck, and legs as well as the face.

Melasma is a condition in which hormones cause dark spots, or hyperpigmentation, of the skin. This is almost always seen in women and usually first occurs during times of hormonal fluctuation, such as pregnancy or use of oral birth control. It is sometimes referred to as “the mask of pregnancy”.  Sun exposure and increased bodily heat both exacerbate the pigment of melasma. While melasma cannot be cured, it can usually be controlled, with a combination of products, chemical peels, and laser treatments.

Typical laser treatments are contra-indicated with melasma. This is because typical lasers cause heat build-up in the targeted cells and heat makes melasma worse. There are newer lasers, however, which deliver their energy so quickly that heat does not build up in the cells. These are often called “pico” lasers. These are safe to use with hormonal pigment. Most providers recommend starting with a series of 4 – 6 treatments about a month apart and then maintaining on a semi-regular basis depending upon how easily someone’s pigment is managed. The recovery is much like the IPL treatments; the pigment will look darker and will flake over 3-4 days, but makeup and sunscreen can be worn immediately.

Overall skin rejuvenation can also be achieved with lasers. Options include a very mild treatment that has no downtime and uses what is called a Nd:Yag handpiece.  his applies a gentle warmth to the skin, which stimulates collagen production, resulting in softer, smoother skin with smaller pores. This treatment also helps to diffuse red tones, either from inflammation due to acne or from rosacea. Since this treatment is very mild, a series of 6 – 10 treatments every two weeks is recommended. Rosacea is a chronic condition, so ongoing laser therapy is needed to keep it well controlled.

A more aggressive approach to overall skin rejuvenation is a CO2 laser. This is a wonderful procedure for improving fine lines, brown spots, texture, and pore size as well as for tightening the skin. Excellent results are often obtained with just one treatment. There is about a week of true down-time, during which the face is swollen, red and oozing and intense peeling occurs. Make-up and sunscreen cannot be worn during this time, so it is crucial to stay out of the sun.

One of the more recent uses of laser therapy is for the destruction of fat. This can be done non-invasively, during which the laser energy is transmitted through the skin and absorbed by the fat cells, which causes them to break apart and then be swept away by the lymphatic system and excreted from the body. These treatments have no downtime. Usually, a series of 3 – 6 are needed depending upon how much volume there is to be treated and what an individual’s expectations are.

Fat destruction can also be done using a more invasive approach. When small incisions are made in the area to be treated, the laser energy can be applied underneath the skin and directly into the fat cells. After the energy breaks the fat apart, suction can then be used to remove the fat from the body.  This approach yields better results and good outcomes are possible with only one treatment. However, there is some downtime and, because it is more invasive, the risks are higher than with noninvasive options.  Although, laser-assisted liposuction is considered a very safe surgical procedure. Both noninvasive and minimally invasive treatments can be done on the neck, back, arms, abdomen, love handles, bra fat and thighs. With any of these options, it is important for patients to combine the treatments with a healthy lifestyle that includes a well-balanced diet and moderate exercise.

While lasers have gotten “smarter” and easier to use, it is essential that patients seek out a medical aesthetic treatment center that has certified and experienced laser technicians. Laser energy can be potentially dangerous and, even in the best of hands, there is always the risk of burns, blisters, and pigment changes of the skin.  Advanced training under a physician’s supervision is vitally important to ensure that effective and yet very safe treatments are given. Technicians should be well trained on how to constantly observe the skin during each procedure and how to adjust the laser’s settings according to how the skin is reacting.

In summary, lasers are a safe and very effective option for numerous skin conditions. If you have unwanted hair, large pores, rough texture, too many fine lines and/or unwanted fat, call us today for a free consultation so we can discuss with you what your best options are!

Get Your 100% Free Consultation*

– Meet with a Licensed Medical Aesthetician or Woman Physician –

I've been going to Genesis MedSpa for almost two years. I have had numerous facials, and other services. I am impressed with the staff and doctors. Professional, knowledgeable and receptive to my concerns and needs. Services have always given great results! The office often offers specials and numerous promotional, fun events! There are also discounts on SkinMedica products, and makeup. I only wish the Skin Care facial packages were more reasonable. I plan to continue with Genesis MedSpa for years to come!

- Sam
I absolutely love Genesis MedSpa!! The practitioners and staff are always friendly, helpful and "down to earth". I always feel very comfortable and welcomed. Pricing is extremely aggressive and the office is pristine!! Best spa in the Springs area hands down!!! Very happy and satisfied. Thanks ladies!!!

- Ascending Aquarian
I felt very welcomed coming in for my first time to Genesis MedSpa. My visit was very comfortable and pleasant and the service was top notch. I would highly recommend this place as you probably won’t go back to another Spa with the same services once you go here. 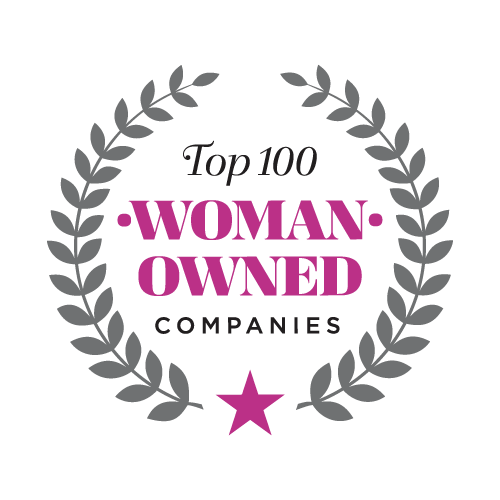 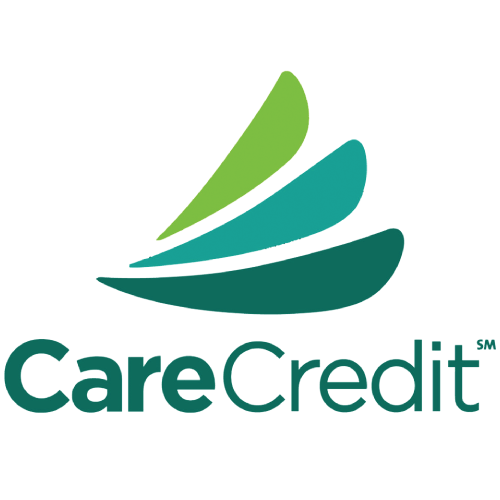 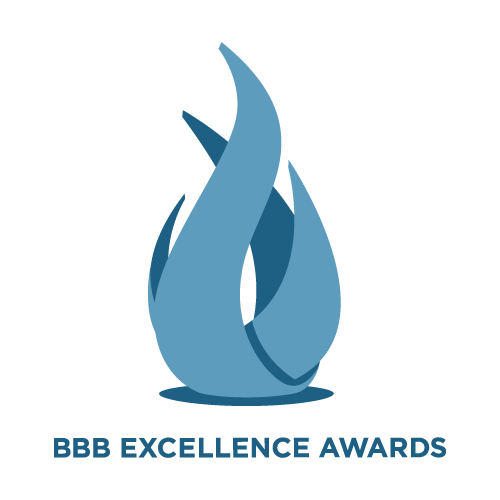 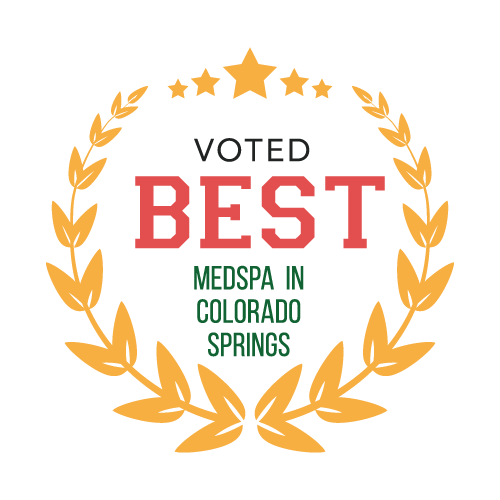 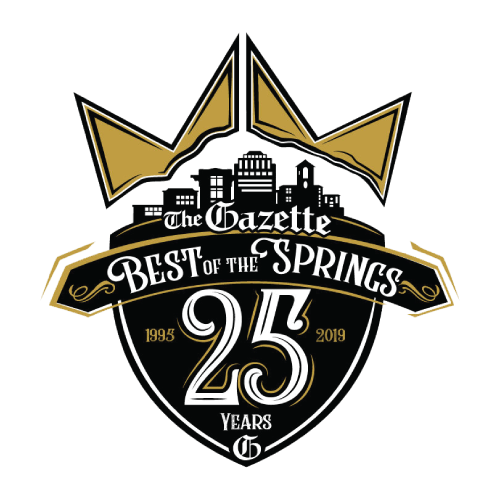 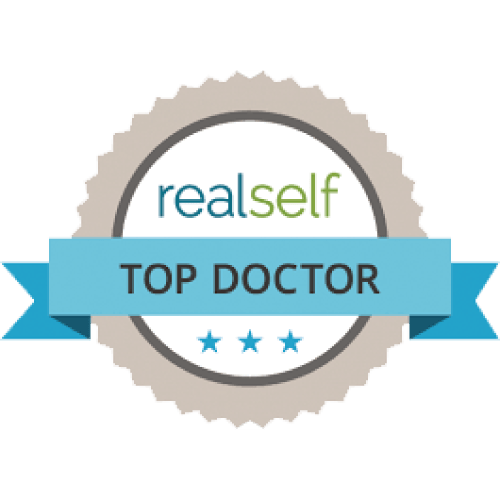 Hours may vary without notice.